What is Fake Meat? 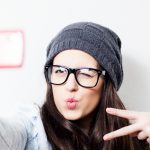 Many of the fake meat alternatives on the market today are new concoctions filled with artificial ingredients. They lack the nutrients of real meat while offering no health benefits.

Fake meat fits into three categories. Here is what you need to know about them.

When people hear the term “plant-based,” they think it means the product is filled with nutritious veggies. That is a meal called a salad. But that is not the case with fake meat.

Products like the Impossible Burger have deceptively used the term “plant-based” to impart a health halo on something that is ultra-processed–a category of food linked to health problems including obesity.

The Impossible Burger has more than 20 ingredients including methylcellulose, yeast extract, cultured dextrose, soy leghemoglobin, and salt. The main ingredient in this burger and many competitors is processed soy protein.

Soy protein is formed when soybean flakes are bathed in a solvent called hexane to separate the protein from the fat. Hexane, a human neurotoxin, has been suspected of harming reproductive health and fetal health. The European Union prohibits foods that contain more than 10 parts per million of hexane residues. An independent study found hexane levels at 50 parts per million in some food products using hexane.

Beyond the risks of soy protein, “plant-based” meats leave little reward for health-conscious consumers. Beyond Meat’s fake burger has more calories and significantly more sodium than real meat. According to a study from Duke University, it lacks the essential nutrients found in real meat,

Fungus mold. You read that correctly. That is the foundational ingredient for fake meat made of “mycoprotein.” The most prominent mycoprotein brands include Quorn, which was sued in 2002 and cornered into removing the term “mushroom-derived protein” from its packaging because, again, it’s fungus mold, not mushrooms.

To make the mycoprotein, the fungus mold is fermented in vats of glucose, ammonia, vitamin additives, and other substances to form a “fibrous dough” that is used in vegan cheese and meat alternatives. Because the product is made from a mold, it is believed to have caused allergic reactions in some consumers, allegedly including one fatal incident. Quorn admits that its products have “the potential to cause allergic reaction.”

Unfortunately  that mold concoction does not yield a healthier product. Mycoprotein has half the essential amino acid density of real meat and only scant calorie savings. Any consumer hoping to maintain the same amount of nutrition from meat would need to eat twice as much mycoprotein, eliminating the minimal calorie difference.

This meat alternative isn’t considered to be vegan by many animal lovers. Instead, it’s more of a Frankenstein experiment that yields meat grown in a vat rather than on a farm.

Cell-cultured meat is produced in a machine known as a “meat fermenter.” The process starts with cells harvested from young animals including bovine serum, calf serum, horse serum, and chick embryos. Those cells are then soaked in something called a “nutritious feed” which is basically a stew of preservatives, hormones, and various “growth factors.” While not every company discloses what is in that stew, organ-growth research from the University of Missouri found that the following additives were effective for growing tissue:

Currently, lab-grown meat is getting a lot of attention, but it’s not yet available for sale in the US. The product has only been approved in a few countries and the sticker price is enough to turn away most consumers. Advocates are hoping to get it approved for sale in the US in late 2021 or 2022.