The Beyond Meat Bust
Home
Blog Posts
Are the new “plant-based” meats actually good for you?
Blog, Nutrition In Depth

We all want to eat healthier foods, but the marketing around fake meat is misleading. 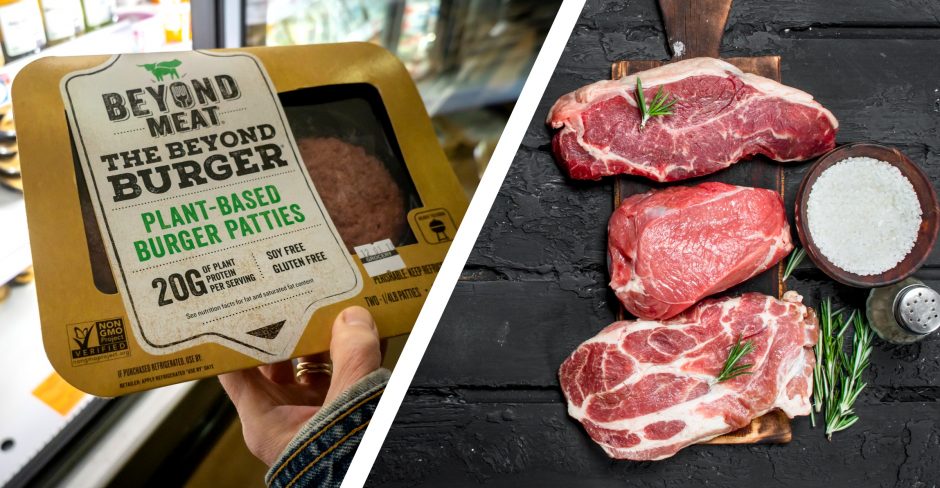 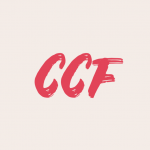 Plant-based meat has taken grocery stores, restaurant chains, and even the stock market by storm. You probably assumed it was healthy, too (after all…plants!). But it’s not. Not even close.

Here are all the reasons why “plant-based” does NOT mean healthy, and a first-ever Plant-Based Meat Ingredient Guide that compares plant-based foods to their whole food option.

Their macronutrient ratio is wonky, but their sodium content could kill.

One pillar of Beyond Meat’s mission is “improving human health” by facilitating the switch from animal meat to plant-based meat. But based on an equivalent serving of 85% lean ground beef, the Beyond Burger contains more fat (18g vs 15g). It’s also significantly higher in calories (250 compared to 215), for those of us monitoring calorie intake. (Note: The Beyond Burger 2.0 formulation is 250 calories per 4 oz. Previously, it was 290.)

And while a Beyond Burger is far higher in sodium content (390mg) than its whole meat equivalent, it’s nowhere near the worst plant-based offender. Quorn sausages contain 770 mg in a single serving – that’s more than half the ideal daily allowance recommended by the American Heart Association. High salt content is a commonality across pretty much all brands – Boca, Field Roast, Tofurky, MorningStar Farms…

Sodium content is especially significant because high-salt diets contribute to high blood pressure, which can cause heart attacks, heart failure, stroke, kidney disease, and blindness. For the people who switch to plant-based meat out of fear that red meat will increase their risk of heart disease, the salt content in these meat analogs means they’re unknowingly jumping out of the frying pan and into the fire.

Where are the plants?

For food that boasts about being “plant-based”, actual vegetables are suspiciously absent from most ingredient lists. It’s partially a consequence of the trend toward creating products that mimic the texture and mouthfeel of real meat, and partially because processed ingredients are just so much cheaper and shelf stable than high-quality ingredients. By prioritizing texture over health, many plant-based alternatives contain an extensive ingredient list that is at odds with the better-for-you image they’re cultivating.

Red #3 is an artificial food dye that the FDA has recognized as a thyroid carcinogen since 1990. It is prohibited from use in cosmetics and topical medications, but the agency’s repeated attempts to ban Red #3 from food use were stopped by special interest groups.

Red #40 is an artificial food dye suspected of causing hyperactive behavior in children.

Caramel coloring refers to any of the four classes of caramel food coloring, two of which are associated with cancer. The manufacturing process of Class III and Class IV caramel color produces carcinogenic byproducts that can remain in the final product.

Tertiary butylhydroquinone (TBHQ) is a synthetic preservative that prevents discoloration in processed foods. Studies of TBHQ in laboratory animals have found associations with increased risk of convulsions, liver enlargement, neurotoxic effects, and tumors. Consequently, the FDA limits the amount of TBHQ allowed in foods to less than 0.02 percent of fat content.

Sodium tripolyphosphate (STPP) is a synthetic preservative that helps processed food retain tenderness and moisture during storage and transportation. According to the National Institute for Occupational Safety and Health (NIOSH), STPP is a suspected neurotoxin and can cause digestive distress in high enough quantities.

Methylcellulose is a thickening agent, which also happens to be the active ingredient in many laxatives. It might explain why so many people report digestive trouble after eating alternative meats.

No, really. Even the plants barely qualify as plants.

The plants that do make it in “plant-based” meats don’t much resemble plants in the final product, because they’ve been broken down and stripped of their vitamins and nutrients. Take a look at some of the most common “plant-based” ingredients:

Refined Coconut Oil won’t bring you visions of the tropics because it’s been deodorized and bleached. Not only does the process remove the coconutty scent and flavor, but it also reduces the number of healthy polyphenols and medium-chain fatty acids.

Hydrolyzed vegetable proteins are boiled in hydrochloric acid and neutralized with sodium hydroxide. The process breaks the protein down into its component amino acid molecules, which creates small amounts of MSG as a byproduct that isn’t required to be listed on the ingredient label.

Modified food starches are chemically or physically altered to allow them to mimic a particular texture, consistency, or other property. They aren’t dangerous, but they offer zero nutritional value while increasing the bulk of the product.

Soy protein isolates and concentrates are separated from their parent plant through a process called extrusion, which uses a petrochemical solvent to separate proteins from oils. The method is particularly concerning because the FDA does not monitor chemical residues in the final product. Which brings us to…

There’s something extra sinister in textured vegetable protein, soy protein isolate, and soy protein concentrate. In order to separate soybean proteins from fats, many manufacturers bathe soybean flakes in a solvent called hexane. Although most of the hexane is evaporated off, small amounts remain in the final product. That’s particularly concerning because hexane is a known human neurotoxin and suspected of damaging reproductive and fetal health.

Accordingly, the European Union prohibits foods from containing more than 10 parts per million (ppm) of hexane residues. Our own FDA doesn’t limit hexane in processed soy, nor does it require manufacturers to monitor levels in their final product.

So in a turn of events that should surprise no one, when the nonprofit Cornucopia Institute tested U.S. soy ingredients for hexane residues, it found hexane levels in excess of 20 ppm. Follow up studies identified concentrations as high as 50 ppm.

For those who would turn to the comfort of “the dose makes the poison,” remember this: The E.U. regulates this byproduct at 10 ppm for a reason. It’s this level at which regulators believe that the dose becomes a poison.

The real problem with feigning “plant-based.”

Survey after survey shows that people want to eat healthier. Two-thirds of adults are cutting their meat consumption, largely for health reasons . Roughly three out of four people are willing to pay more for “natural” foods, i.e. clean label or organic foods without artificial ingredients or preservatives.

But rather than offering healthy food that’s made with greens or nuts or beans or literally anything good for you, these companies are getting ahead by using the phrase “plant-based” to convince us that their burgers, sausages, and bacon are healthier than the meat products they’re trying to replace. You shouldn’t have to trick people into buying your products! By cultivating a health halo around “plant-based” foods, these companies are undermining peoples’ genuine efforts to get healthy.

That’s why we developed the Label Guide: To expose the ingredient list and nutrition content of popular plant-based meat products – and see them side by side with whole food options.

Sooner or later, plant-based meat companies will have to contend with the numerous articles outing them for offering highly processed, low quality food and calling it a plant. Here’s hoping we can speed that along.