The Beyond Meat Bust
Home
Blog Posts
How Do They Grow Cell-Based Meat?
Blog

How Do They Grow Cell-Based Meat? 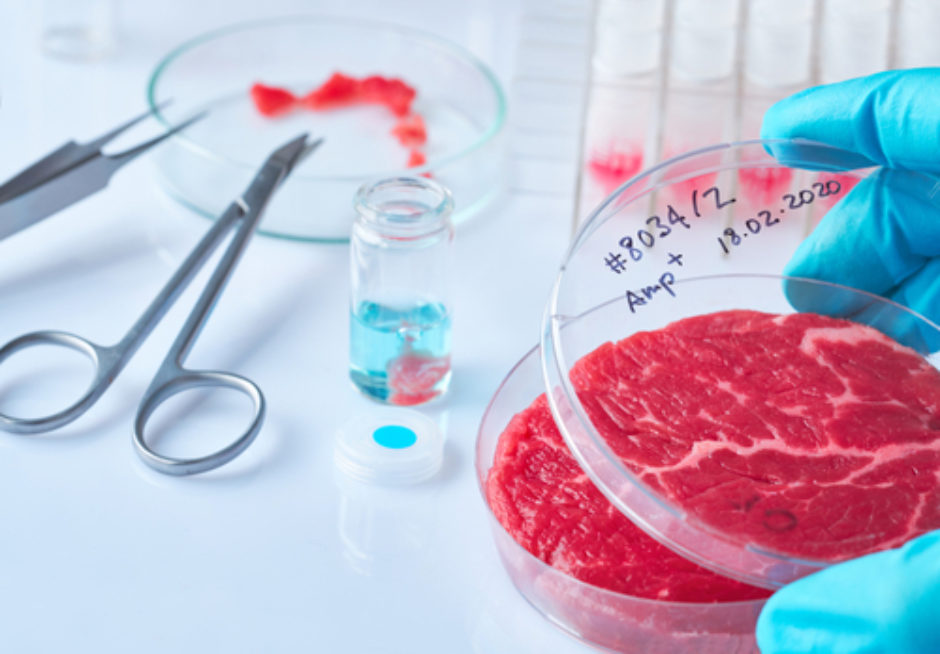 A new type of fake meat is on the rise–and it could come with questionable ingredients.

Cell-cultured meat is one of the hotter future trends in food startups. Following in the footsteps of plant-based meat alternatives, which try to mimic the taste and mouthfeel of real meat, scientists have developed a way to “grow” meat from animal cell cultures.

The production of cell-cultured meat requires animal cells to grow in a lab in a machine some producers call a “meat fermenter.” The animal cells used at the foundation of the product are typically sourced from young animals including fetal bovine serum, calf serum, horse serum, and chick embryos. Currently, the process is extremely expensive with one food reporter estimating that a single burger would cost $50 to produce, and one company has said making lab-grown chicken nuggets costs about the same.

SuperMeat, an Israeli company, produced one of the first cell-cultured chicken products to hit the market in Tel Aviv. The company touts how the product allows consumers to have chicken meat without the agricultural demands of raising a real bird.

“Our meat is produced from high-quality, healthy chicken cells, with no genetic engineering involved,” the company claims. “It is grown in a nutritious feed, with no antibiotics and in a completely contaminant-free environment.”

One part of that remark should catch your eye: nutritious feed. Why would a slab of meat grown in a lab need to be fed?

We can’t speak to any one company, because the details are proprietary. But publicly available patents give some explicit clues about what could be used to “grow” meat in a lab.

The “nutritious feed” is a chemical concoction brewed to stimulate the growth of the original chicken cells. While a real bird pecks at corn for nutrition, the cells must be soaked in a stew of preservatives, hormones, and other “growth factors.” This chemical bath is key in developing the cells into the various muscles and fats needed to create a piece of lab-grown meat similar to a natural product.

Some of the additives needed to “grow” the cultured products have been listed in a patent filed by the University of Missouri, which has been a leader in studying cultured meat after studying whether they could grow organs to save people ailing from fatal conditions. Here are just a few of the additives listed:

Some countries, including Singapore, have approved cultured meat for consumption, but other regulatory officials around the globe have been hesitant to approve the products.

Julien Denormandie, the food and agriculture minister of France, said cell-based meats will not be on French plates anytime soon.

“Is this really the society we want for our children? For me, no,” Denormandie tweeted in French. “I say it clearly: meat comes from life, not from laboratories. Count on me that in France, meat remains natural and not artificial.”

Much like the ultra-processed plant-based burgers, cell-cultured meat requires a host of preservatives and other ingredients that have made regulators and consumers uneasy. Those who choose to try cell-based meats deserve to know exactly what went into their burger to turn it from a single cell in a petri dish into a slab of meat on their plate.