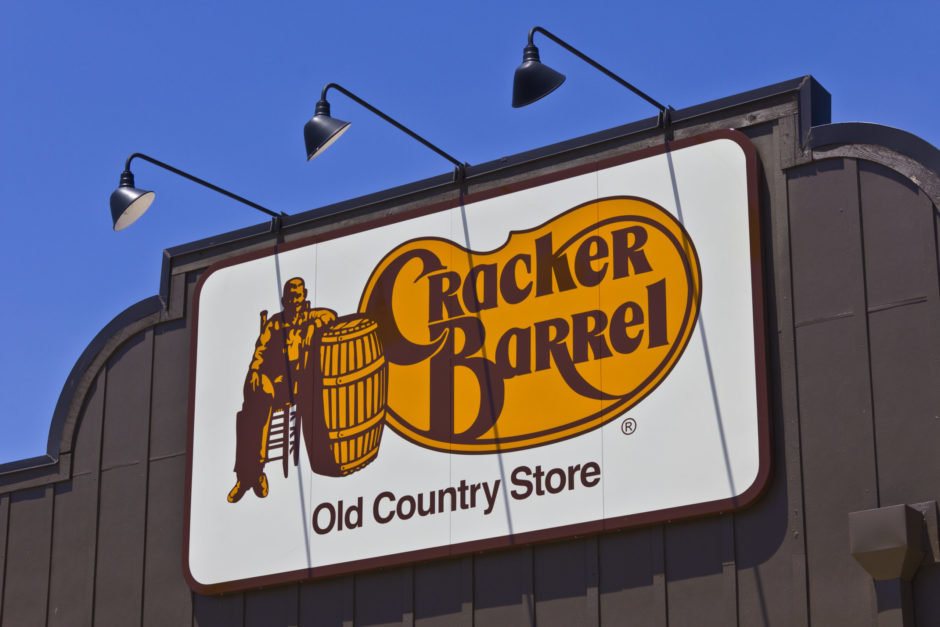 Over the past few weeks, Cracker Barrel has made headlines over the backlash to its addition of fake sausage by Impossible Foods to the menu. In short, fans of the home-cooked-style restaurant couldn’t believe executives thought customers would want imitation sausage instead of the real thing.

While Cracker Barrel’s faux meat faux pas may have been the loudest, several other American restaurant chains have similarly tried – and failed – to get consumers interested in synthetic meat. Here are the top five fake meat flops:

In 2019, KFC tested its fried Beyond Meat nuggets at one location in Atlanta, which sold out in one day. The promising sales led KFC to launch a nationwide Beyond meat offering in 2022, but this launch was met with significantly less clucking from curious consumers.

The vegan nuggets – which cost $14 for a 12-piece – were blasted in several critical food reviews, including one which compared the nuggets to deep-fried erasers. The test eventually ended with little fanfare and the products appear to be no longer available nationwide.

Oddly enough, the vegan nuggets were the first time KFC had ever sold nuggets in more than 70 years of operation. That all changed, however, in July 2022 when KFC launched its own real chicken nuggets, which are currently selling nationwide.

At least something good came of the fried-eraser era.

In 2019, Dunkin Donuts was one of the first quick-service restaurants to dive into the plant-based breakfast sandwich game. While the launch of Dunkin’s partnership with Beyond Meat was high energy, sales of the Beyond breakfast sandwich were not. Even a commercial featuring Snoop Dogg could not energize nationwide sales.

After roughly two years of trying to bring life to the plant-based product, Dunkin announced it would be pulling the product in most locations, citing lackluster sales. Dunkin ended its nationwide sales of Beyond’s products, but that wasn’t the end of the duo’s issues. Both companies were later named in a 2022 trademark lawsuit over their use of the phrase “great taste plant-based,” which a smaller chain claims was stolen from their marketing.

McDonald’s is one of the most recognizable brands on the planet. A successful launch of a plant-based product could have changed the entire industry. That is why synthetic meat advocates were thrilled when McDonald’s launched its test of the McPlant, an imitation meat burger. Activists from PETA even went so far as to stage demonstrations outside McDonald’s stores to encourage customers to buy the product.

But all that (manufactured) excitement did not translate into McSales. Customers continued to purchase real meat burgers and nuggets and the plant-based sales began to plummet. McDonald’s eventually announced it would not continue testing the product, effectively putting a nail in the McPlant’s coffin.

Like Dunkin Donuts, Del Taco was one of the first fast service restaurants to offer imitation meat products. Del Taco’s vegan Impossible crumbles were introduced in 2019 and added to menus nationwide. But, like the McPlant, sales have been less than thrilling for the vegan tacos.

In 2022, Del Taco announced it would be slowly pulling synthetic meat from menus, beginning in Florida.

In 2021, Pizza Hut became one of the first national pizza chains to offer vegan meat pizza toppings from Beyond Meats. The toppings included pepperoni and sausage analogs which were paired with an aggressive marketing campaign featuring neon green Beyond branding on the company’s pizza boxes.

But a combination of low sales and Beyond’s supply chain issues led to Pizza Hut scrapping the tests nationwide without signaling any intention to bring back the vegan options. Similarly, Pizza Hut’s competitors Papa John’s and Domino’s have not added any fake meat options to their menus.