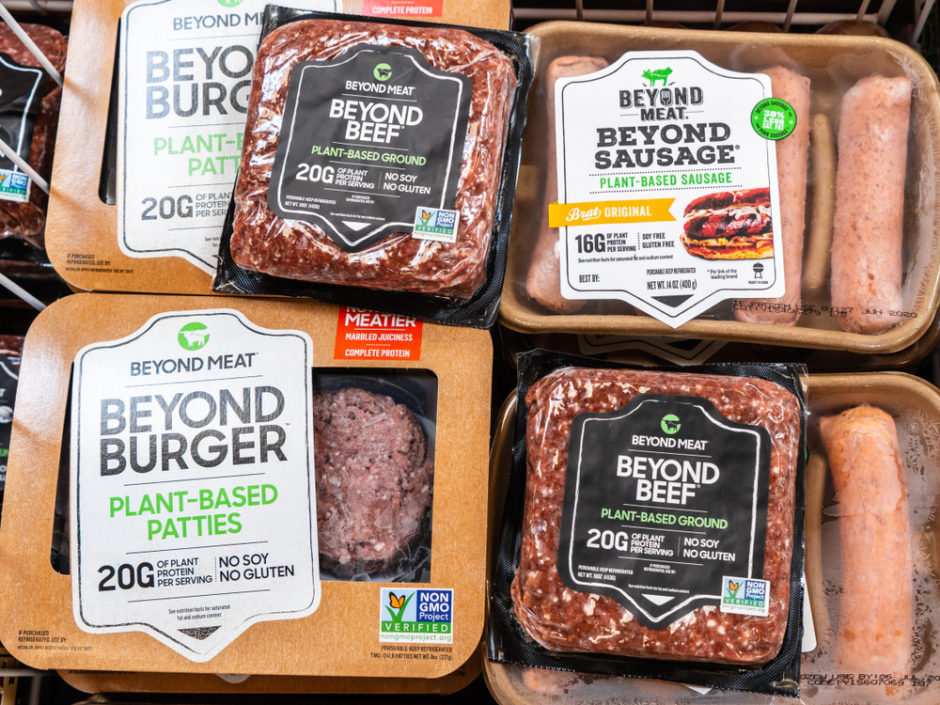 A food critic from the Los Angeles Times did a taste test of 22 fake meats and the results were not pretty.

The products were rated on a curve where the perfect score is achieved by landing in the ballpark of the taste of real meat. For reference, one of the items that received an 8/10, Meati Chicken’s mycelium (fungus mold) chicken, was described as tasting like “bland, overcooked chicken breast that’s been seasoned heavily with salt.” Hardly a glowing review for an 8/10.

Most didn’t even get that. Jenn Harris, who reviewed the meat-like substances, found that most of them were unappetizing. Thirteen of the 22 fake meats listed received a rating of 5/10 or lower.

Here’s what else you need to know:

Based on Harris’s review, it makes sense why Beyond Meat missed its sales targets by millions and saw its stock plummet 13 percent in the latest quarter. The highest-scoring product, Beyond’s breakfast sausage, received a 6.5/10 and was described as having a “thin film” that is “sticky.” The four Beyond products (burger, tenders, breakfast sausage, and bratwurst), the average score was 4.4/10. Harris says of the bratwurst: “It looks like a bratwurst, but that’s where the similarities end.”

The highest-rated products all had one thing in common: They were already seasoned to cover up the taste.

The only product to receive a 9 was the Impossible Sausage. The score was carried by the seasoning, according to Harris. “Hints of garlic powder, onion powder and cayenne pepper — it resembled well-seasoned ground pork.” The same was true of the Impossible burger, of which she wrote: “With the appropriate condiments and a good bun, you could fool a carnivore.” And with ketchup, mustard, mayo, onions, cheese, lettuce, and a bun, you could make a lot of so-so foods taste good.

The only product to receive a 10 was the Good Catch Plant-Based Fish Cakes Thai Style, which Harris admitted, “I can’t remember the last time — or if I’ve ever — eaten a real Thai-style fish cake, but I’d like to think all versions taste similar to this one.”

Even on a Curve, Fake Meat Fails

Even on tilted scales, most of the fake meat products were just not good. The average score for the 22 items tested was 4.5/10. Several items received a 0/10, including Good Catch Fish-Free Tuna Naked in Water, which was described as: “The fermented seaweed odor was hard to stomach and smelled like fish food. And I’m guessing it had the same taste — like something dead in a fish tank.”

MyEast MyBacon was compared to “dog treats” while OmniPork strips’ flavor wasn’t even worthy of a description. Harris simply wrote: no.